Liverpool are back to winning ways in the Premier League after they came from behind to beat hosts Aston Villa 2-1 to keep up their hopes of winning the league title and an unprecedented quadruple in the process. The Reds are going for four major trophies this season and they already have one in the bag thanks to their League Cup final win over Chelsea via penalties. Liverpool beat Chelsea 11-10 during penalty shootout after the two teams played out a goalless draw in normal time and extra time. 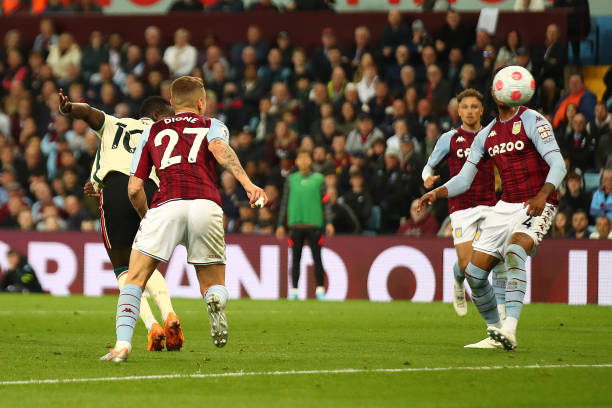 The Reds were able to bounce back against club legend Steven Gerrard and his Aston Villa players after the setback of the 1-1 draw at home to Tottenham Hotspur on Saturday. They lost grounds on leaders Manchester City in the Premier League title race with the home draw with Spurs. The North Londoners scored the first goal of the game through South Korean international Son Heung-Min in the second half before the deflected strike from Colombian star Luis Diaz rescued a point for the Reds  when they needed three points to boost their league title credentials.

Liverpool were on a six-match winning run in all competitions before the draw with Spurs. As a result of the draw, Liverpool are now three points off Manchester City at the top of the Premier League log.

Merseyside giants Liverpool pulled level with Manchester City at the Premier League summit with the comeback win over hosts Aston Villa with the goals from Joel Matip and Senegalese star Sadio Mane either side of the interval after Brazilian midfielder Douglas Luiz had given Villa the lead. City then moved three points clear of Liverpool again with the 5-1 away win over Wolves.