Steven Gerrard hinted out the possibility of starting a coaching career

Steven Gerrard hinted out the possibility of starting a coaching career

Steven Gerrard is one of the most iconic players that has performed in the Premier League and that has represented England at the international stage. 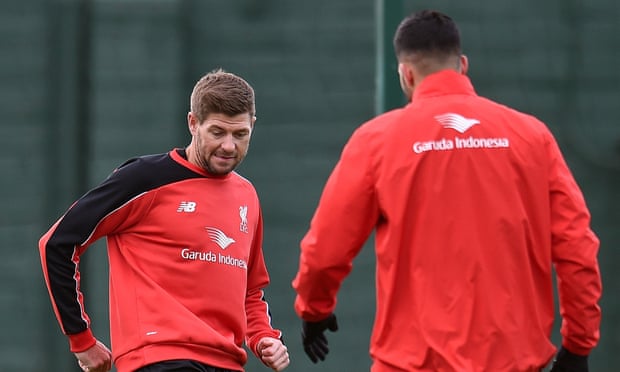 The impact that Gerrard has made in English football is colossal as he has helped Liverpool in winning just about every club trophy that there is to win except for the Premier League silverware, which he never managed to secure.

At the age of 36, Gerrard is reaching a point in time when it’s time to start considering what to do after retiring and even though he still is a regular player for the MLS club LA Galaxy, the English midfielder has himself admitted that he will not be lasting for a much more longer time performing in matches at a consistent basis.

When Steven Gerrard was asked about his long term plans and what if he has any plans on what to do after hanging up his boots, the veteran midfielder said:

“He did contact me and ask me for certain opinions. I’ve been in touch with Dan Ashworth for many, many years about my coaching qualifications. It all depends on what opportunities come along in the next four to six months. It could go one way or the other. I’ve got a few things in the pipeline but no solid concrete offers as of yet.”

That was the statement released by Steven Gerrard when he was questioned about his long term plans and the 36 year old player stated that he has indeed been in contact with FA’s director of elite development, Dan Ashworth who had asked him about his coaching qualifications before Sam Allardyce was selected as the new coach of England back on July 22.
It seems like some head chiefs of the Football Association are interested in appointing Steven Gerrard as a potential manager of England or assistant coach, everything will depend on whether or not Gerrard starts earning his coaching badges and if he indeed wants to start a managerial career.